A giant dam threatens the people of the Valley of Omo in Ethiopia. I need you to bear witness to these harsh changes. 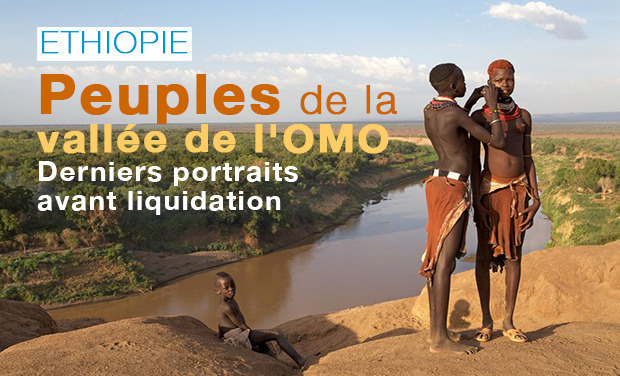 THE PROJECT IN DETAIL

8 months ago, I made in Northern Laos the first photo coverage concerning the inhabitants of the Nam Ou River.

The secular lifestyle of these fishermen and farmers is menanced permanently by the definitive construction of seven hydroelectric dams by the Chinese giant Sinohydro.

More than 10,000 people will have to leave their area and 90 villages will be consequently moved. Not to mention the major upheaval that the living species of the river are preparing to undergo.

This photo coverage was published this month in the the form of a series of portraits in the magazineLong Cours.

It is visible also on my web site in the series "The refugees of development".

My intention is simple: to follow this work of testimony and to make the greatest number of people aware of the tragedy facing these populations, which often are not themselves aware of the imminence of the danger.

Today, I would like to highlight the people of the Valley of Omo in Ethiopia. Like the inhabitants of the peaceful Nam Ou, they are about to see their secular lifestyle stopped by the scheduled arrival of a giant dam GIBE III.

SPECIFICALLY WHAT IS AT STAKE

The project of the giant hydroelectric dam, GIBE III, threatens today more than 200,000 river dwellers, the equivalent of a town like Brest or Grenoble so that you can get an idea of the magnitude of the problem.

In fact, Gibe III will interrupt the natural flooding of the Omo and prevent the spread of the fertile silt on its banks. In a region where drought is chronic, we know already that the announced construction of the dam will have devastating consequences on the livelihoods of the inhabitants of the region.

It also impacts the survival of the 300,000 people who live from breeding animals and fishing in the river region of Omo, the main source of Lake Turkana in Ethiopia, which is at stake. Furthermore, the lower vally of Omoet of Lake Turkana has been classified by Unesco as a world heritage of mankind.

I need you to continue this series of testimony. I can't bring myself to attend once again the programmed end of a world, that happens without its knowledge at the end of its history. With your help, I have chosen to do my part working with Pierre Rahbi.

For this project like the preceding one in the lighting of the studio, I would be accompanied and assisted by two friends:

The photo coverage should last for 14 days and take place in late September early October 2014.

To promote and help me in this project, the “Laverie” Galerie, 113 Rue des Dames 75017 Paris, is displaying my previous photo coverage, "The Agony of the Naga".

Opening tonight Thursday, June 5, at 7 pm. The Agony of the Naga is the first part devoted to the refugees of the development.

The organization and the realization of this project involves numerous expenses (estimated budget: approximately 7200 euros), which I hope to be able to finance through the support of sponsors, but also one-time patrons. The participation of the Kissbankers is an invaluable assistance for me; I am counting on you!

> Flight Paris Addis Ababa: between 600 and €950 per person (depending on the period)

€200 / person for the entire photo coverage

The participation of the Kissbankers only pertains to the coverage costs. All photographic materials, video, sound is already in our possession.

To promote and help me in this project, the “Laverie” Galerie, 113 Rue des Dames 75017 Paris, is displaying my previous photo coverage "The Agony of the Naga" beginning tonight Thursday, June 5, at 7 pm. The Agony of the Naga is the first part devoted to the refugees of the development.