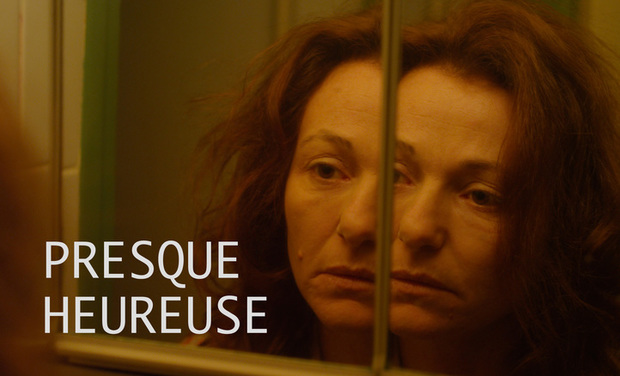 Synopsis: In her late forties, Valerie leads a mundane and somewhat depressing existence with her husband Gilles. All that will change when Sophie moves in with them.

This feature film is the result of years of hard work and perseverance. Several industry insiders liked the script and we got close to getting financed when some producers and distributors came on board; unfortunately this did not happen when we weren't able to secure a TV station, leading the other partners to pull out. That's when we reverted to plan B which involved self-financing the film which was made possible by the fact that the story mainly takes place in a small house with 3 main characters.

Over 2000 actors and actresses took part in the lengthy open casting we held for the 4 main roles. It was obviously not possible to meet all of them in person but more than a hundred were selected for an audition. This enabled us to choose the best talent available and we certainly don't regret having gone through the whole process.

The shoot took place over the course of seven weeks in February and March of 2014, mostly in Montreuil, just outside of Paris. The cast & crew were incredibly motivated and willing to give it their all for a fraction of official "market" salaries in the movie industry because they believed in the story and thought it was a worthwhile project.

We got lucky and never ran into any insurmountable obstacles which is a minor miracle considering everything that can go wrong on a feature film with such a limited budget.

So here we are, nearing the end of this long journey... the editing is finished, and we are aiming to finish the audio post-production and color correction at the beginning of February before sending it out to festivals around the world and releasing it in theaters.

We have sufficient funds to finish the film (barely), but not nearly enough for the following steps which are sending it to festivals and paying for submission fees, promotional screenings, public relations, publicity and distribution.

Funds will be used for:

The DVDs will be sent to festival selection committees as well as potential buyers and agents in select film markets such as Cannes and Berlin.

Each festival charges about 100 Euros just to accept your film and watch it for their selection process. We plan on sending to at least 15 to 20 festivals worldwide.

Flyers, brochures, posters, etc. in order to promote the film in the film markets and other events likely to generate buzz for the film.

It is highly recommended to organize a private screening of the film for film market professionals who might be interested in buying the distribution rights for specific territories. These rentals go for about 500 Euros for a 50 seat room in Cannes or Berlin.

This will not only be organized for members of the cast & crew, but also for industry professionals, namely journalists.

It is imperative to have a skilled press attache who will take care of contacting the right people to come to the premiere, to events organized with people of the cast & crew, interviews, etc. It will also be his or her job to design a communication plan and ensure press releases are received and published in the right places.

If we are able to surpass our initial target of 7500 Euros, the additional funds will be very useful as they will go straight to our publicity and marketing budget to promote the film when it is released.

For many, the stages following a small budget film's production are often the most difficult. The distribution world is a real jungle where they find themselves up against Hollywood behemoths and the likes and one must have a clever strategy to try and survive. But whatever that strategy may be, its success will greatly depend on the financial means one has at their disposal.

All the preceding rewards + invitation to one of the film's screenings.

All the preceding rewards + autographed DVD by members of cast & crew.

The preceding rewards + a digital copy of the script.

All the preceding rewards + invitation to the premiere with one person of your choice.

All the preceding rewards + a poster of the film.

All the preceding rewards + a signed paper copy of the script.

The preceding rewards + the logo of your company as an official sponsor on posters, press materials, credits, etc. "With the support of ..."

All the preceding rewards + dinner in a parisian restaurant with one person of your choice as well as the director and 3 other people from the cast & crew (of your choice...)

All the preceding rewards + become co-producer of the film and get a percentage on the film's profit: ticket sales, DVDs, TV rights... (contact the producer for more detailed information at dustproductions@gmail.com)