Help us rebuild a Maternity Clinic in Senegal and offer a safer place for mothers and their babies by reducing childbirth death. 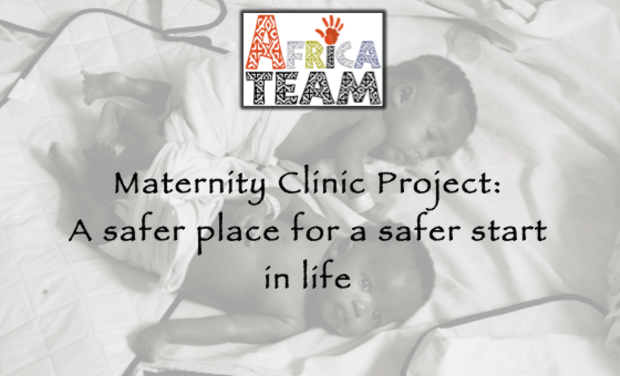 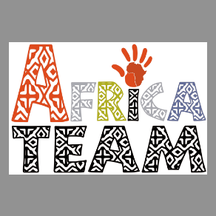 AfricaTeam was founded in 2013 by 15 founding members, all driven by the same desire to be a support for African communities and to help them achieve a sustainable development.

The organisation is composed of people from different backgrounds and origins, professions and interests but they all share the same passion for Africa and have by many occasions, explored the continent and met its people.

AfricaTeam’s goal is to develop projects with the local people, so the community feels empowered and part of its own destiny. After visiting Senegal on several occasions, it became clear that the country is facing many issues due to a poor level of development; Education and Health are issues that we are particularly concerned about.

(Two members handing out stationary at the Ecole Elementaire d'Mbodiene in Mbodiene, Senegal)

Refurbishment of a Maternity Clinic in Ndiaganoa, Senegal:

When we visited a small village called Ndiaganoa, we were shown the maternity hospital where all the women in the surroundings give birth, and we were shocked at the sight of the building.

(current bathrooms at the maternity)

The hospital is in terrible condition and it makes it even hard to believe that women can give birth in these circumstances: the hygiene and the equipments are extremely poor which too often leads to infections and the death of these mothers. After this visit, we met with the chief of the village and an urbanism team in order to start planning the complete refurbishment of the site.

(Incubator at the maternity)

This is what was agreed:

The new hospital beds were a generous donation from a french hospital (Clinique Pasteur) and we are extremely happy for all the moms who will now give birth in proper conditions and decently recover from it.

So far we have raised 3600 Euros by organising a charity golf tournament at the Senart Golf Club where there were more than 100 players and there families involved. The project received a very positive response and enthusiasm. We are extremely satisfied with the event, however, the money raised is unfortunately not enough for the project to go ahead. Therefore we are looking for your support by the help of the KissKissBankBank community.

By helping us fund this project, you would actively take part in this project and significantly contribute to these babies' future. They need our help and we can't do it without your support!

Everything is ready for the workings to start except the funding, the people are eager to see them start and want to be part of the whole project.

The costs of the project:

Here is a detailed quote of the project: (material costs are included):

To the construction costs, we also need to add a salary for the local workers of Ndiaganao.

You will be able to follow the development of the project at AfricaTeam's website as soon as it is online. Several representatives from Africa Team will travel to Ndiagonao to oversee and contribute to the project as volunteers (personally funded) and keep you updated on the progress. AfricaTeam has a monthly news letter in French and English posted on the website where you can subscribe and it is sent directly to all of our members. You can also follow us on facebook (facebook.com/AfricaTeamCharity) and Instagram (AfricaTeam_Charity).

Our deepest gratitude and a warm virtual hug!

Our deepest gratitude and a warm virtual hug + a year membership

Our deepest gratitude and a warm virtual hug! + a year membership + a sculpture from a local artist

Our deepest gratitude and a warm virtual hug! + a year membership + a sculpture from a local artist + a AfricaTeam T-shirt

Our deepest gratitude and a warm virtual hug! + a sculpture from a local artist + an AfricaTeam T-shirt + your name on the hospital's porch

Our deepest gratitude and a warm virtual hug! + an Africateam T-shirt + your name on the hospital's porch + a room named after you