Help me to record and promote my first album! 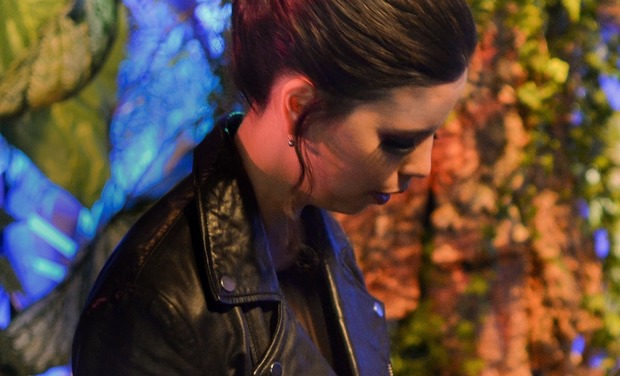 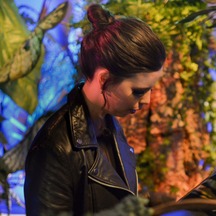 After a few years spending my time between opera, songwriting and world music, I decided to record an album to create a link between all those styles. My music is inspired by dreams and fairytails, with celtic and asiatic colours. It takes you to an enchanted forest where all is possible. As a blind singer, I use music to create a world where dreaming and imagination melt with reality.

So I wrote seven songs, all in English. The musical arrangements are being made by Philippe De Cocq. Each song tells you a story, shifting from happy endings to dark depths. The music takes you for a journey and invites you to discover new places.

- Song for a borken Heart (bastract)

Sarina is a young artist of 24 years. She writes her own songs, (lyrics and music), and often  performs on stage since 2010 with original songs and covers from artists she likes, (Kate Buch, Agnes Obel, Noa, etc). She accompanies herself on the piano and sings in French, English,  Hebrew, Japanese, Yiddish, Swahili and more...

She took part to a lot of concerts, contests  and festivals.  Among other concerts, she sang at Flagey, (thirdplace at Music Live Conquest 2010) and at  the Forum de Liège (second place of the contest of selection for Eurovision 2011). She also song at the Concertgebouw in Brugge, at the mythic Ancienne Belgique and the Gaume Jazz festival, where she sang in duo with Noa.

Between 2012 and 2017, she made a pause in her pop carreer to focus on classical training with Pr. Daniel Ottevaere (musical conservatory of Valenciennes). In the meantime, she studied psychology (BA) and musicology (master) at the university of Louvain-La-Neuve and begins to teach singing in 2017.

She often sings as a guest for important people, as the Israelian president Shimon Peres in 2013, Queen Mathilde in 2015 and recently for the Belgian First Minister Charles Michel.

In 2018 she has decided to produce her own album, as a bridge between classical, pop and world music. As a blind singer, she uses music to create a world where dream and imagination melt with reality. .

She wrote seven songs in English, (lyrics and music) and started to work the musical arrangements with Philippe De Cocq. The studio recording is planned for October.

Her music is inspired by dreams and fairytails, with celtic and asiatic colours. It takes you to an enchanted forest where all is possible.

Let her sweet and cristal clear voice touch you.

After the recording, the next step will be to make the album known. So I will organize a release party (~3000€). It will also be the time to take care of the marketting and promotion campaign on social networks with a PR, (2000€).

The extra budget will give me the possibility to recruit more musicians, organize other concerts and reinforce the promotion.

The journey begins: will you join me?

A thanks and a virtual kiss

The digital album before it's release

One ticket for the release party

Dedicated CD + a ticket for the release party

2 tickets for the release party

With a private singing lesson

Dedicated CD + 4 tickets for the release party, your name on the album + a private singing lesson

Dedicated CD + 4 tickets for the release party, your name on the album + a private concert (exc. Potential traveling and technical cost)