A book about the life and struggles of The Great Alex Weyer, magician, which starts in Luxembourg, brings you to America, France, Italy, Germany and ends in Egypt. 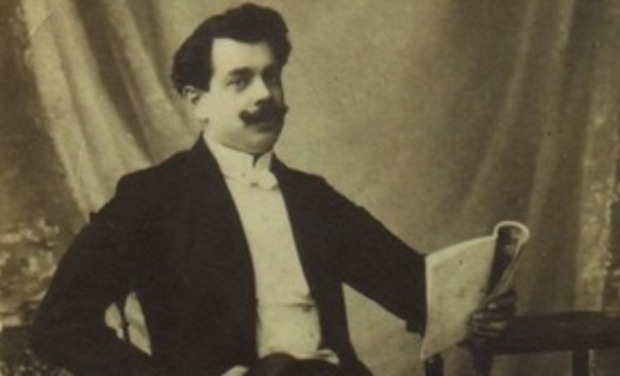 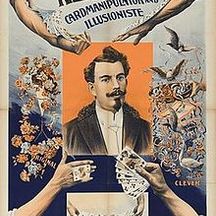 <p> Today, I would like to introduce you to Constanze Geertz, who has started last week with the translation into German.</p> <p> Constanze lives in Munich and works as freelance copywriter and translator. She studied logic and philosophy, which puts her in the right frame of mind for a magic text. Magicians are all about defeating logic and appearing irrational when in fact everything is very logic and rationally argumentable.</p> <p> Here she is looking as pleased as I am with the first translation tests:</p> <p>  </p> <a href="http://i50.tinypic.com/opzacw.jpg" target="_blank"><img alt="tinypic photo" src="http://i50.tinypic.com/opzacw.jpg"></a>     <p> Constanze currently works on her first novel about the perception of death in the media society. You should watch out for it!</p>   <p>  </p>
Sunday, July 29, 2012

My sincere thanks for your support

<p> We have done it! The funding goal has been reached and contributions still come in. Thank you thank you thank you! I think I know most of you contributors even if you use funny names but not sure.....</p> <p> What happend last week?</p> <p> 1. <u>Translation into German</u> of the first chapters is well underway. More about the translator next week. David Parr sent me the final chapters to review (<a href="http://essentialmagicconference.com/" target="_blank">EMC</a> is to blame that I haven't gone through his changes yet: if you love magic, it is not too late to join for a last conference day with high quality talks and presentations about everything magic!)</p> <p> 2. <u>Layout</u>: I met with <a href="http://www.123concept.lu/" target="_blank">Daniel Schildgen</a>, who does DTP/layout and coordinates the printing of the book. We selected papers, colours and format of the book. I work with Daniel for seven years already (day-job) and look forward to the first test print. The book will be published no longer as a bilingual edition but we will print 200 English and 200 German books, and with the additional funding, I will kick off the French translations next month.</p> <p> ?????? THERE IS HOWEVER ONE THING I CAN'T MAKE UP MY MIND ABOUT:</p> <p> Should the <strong>cover title be in GOLD or SILVER</strong> letters?</p> <p> The cover paper will be dark red and inside, we will use blanc cassé paper. The book should look exquisite and elegant.</p> <p> WHAT WOULD YOU DO?</p> <p> More news next week, and have a wonderful Sunday, Véronique</p> <p>  </p> <p>  </p>
Monday, July 23, 2012

Bug in the system worked in my favour!

<p> That was some update yesterday. The news post was posted 6 times! Sorry about the multiple messages but it seems there was a bug in the system. Hovewer, it worked out well as more KissKissbankers joined and the project is now funded by 68%!!! A big big thank you to you all. </p> <p> 10 days to go to find the missing 32%.</p> <p> The Luxemburg English speaking news portal <a href="http://chronicle.lu/component/k2/item/444-crowdfunding-call-for-book-on-luxembourg-magician" target="_blank">Chronicle.lu </a>posted the news about this project in its culture section today and let's keep fingers crossed that more people get interested.</p> <p> Here another unprintable image, which I can only share with you online. An example from a time when communication took longer but maybe there were no bugs in the system: A telegram from Houdini to Weyer, which he received at Mondercange post office.</p> <p>  </p> <a href="http://tinypic.com/r/15bznr/6" target="_blank"><img alt="tinypic photo" src="http://i48.tinypic.com/15bznr.jpg"></a> <p> Houdini was in Liège, Belgium and wanted his friend to come and see him quickly. If Weyer went or not, you will find out in the book.</p>
Sunday, July 22, 2012

<p> Now that the text review is almost done, I would like to tell you a bit about the editor: David Parr.</p> <p> Years ago, I went to a magic history conference in Chicago. As I have never been in Chicago before, I went a week early to get to know the city and its wonderful architectural treats, and hopefully to see some magic shows. I came across <a href="http://www.magic-cabaret.com/" target="_blank">The Magic Cabaret</a>, a regular show with P.T. Murphy and David himself. It was a great show and a good laugh (I even won a box of cereals if I remember well). Go and see it next time when you are in Chicago. </p> <p> I met David again at the conference and he told me that he is, in addition to being an actor, magician and author, also editing the <a href="http://www.magicmagazine.com/" target="_blank">Magic Magazine</a>, one of the leading specialist publications in the US. Since, we stayed in touch and when I realised that I need someone to edit the text; someone, who knows all about magic and English language, I thought of him immediately. And I don't regret it a bit (although he made me doublecheck all my footnotes....). I hope you all get to read the fabulous job, he's done.</p> <p> Here he is looking for mistakes in the text:</p> <p>  </p> <a href="http://www.davidparr.com/wp-content/uploads/2008/08/crystal1.jpg" target="_blank"><img alt="" src="http://www.davidparr.com/wp-content/uploads/2008/08/crystal1.jpg"></a>     And here you can find out more about him: <a href="http://www.davidparr.com/" target="_blank">www.davidparr.com</a>
Sunday, July 15, 2012

<p> 18 days to engage more KissKissbankers. Big thanks for the ones that have supported me already.</p> <p> 18 days is a good deadline as by then, we should be done with editing the text and translation into German is underway. The text will be translated into German because it will be easier to distribute the book in Luxembourg as local history and I would like to launch it at the German magic collectors meeting, which will be held end of August in Münster. </p> <p> It is quite amazing to see how many people are researching into the history of magic and are collecting books, posters, big illusions, ephemera ... everything that somehow is of interest. There are also many occasions to meet and exchange: the above mentioned yearly German meeting, monthly meetings in Paris, the European conference every second year, and in the States: Boston, L.A., and Chicago. Then there are the many auctions.... I am not often successful with bidding but am glad to have gotten two Weyer playbills from Christian Fechner's collection. The successful film producer, who died in 2008 in Paris, started off as a ventriloquist and magician, and invented the levitating bar stool. He was an avid collector and expert about Robert Houdin, the first "modern" magician. </p> <p> One of the playbills will be included in the book. Unfortunatly, most of the photo material, I collected, is of such bad quality  that it can't be printed. Here are some of the photos, at least online.</p> <p> Lily Weyer (aka Anna Wahl from Rumelange), Weyer's wife</p> <p>  </p> <p>  </p> <p> <a href="http://tinypic.com/r/5185d/6" target="_blank"><img alt="tinypic photo" src="http://i47.tinypic.com/5185d.jpg"></a></p> <p> Lilian Anna and Alexander jr, two of Weyer's three children</p> <p>   <a href="http://tinypic.com/r/dyrgc6/6" target="_blank"><img alt="tinypic photo" src="http://i48.tinypic.com/dyrgc6.jpg"></a></p> <p>  </p> <p> I got these photos from Weyer's grand-daughter, who lives in New Jersey. How I found here, is another story for another time...    </p> <p>  </p> <p>  </p> <p>  </p>
Sunday, July 08, 2012

<p> I met the guy, who is doing the layout of the book, last week. We discussed the style of the book and I used it to create a voucher for the book. The president of the Luxembourg Magic club will present the voucher this weekend in Blackpool to the new and old international president of FISM, which is the international federation of magic associations. I am very thankful for this. More on <a href="http://fism.org/web/about/welcome/" target="_blank">FISM</a></p> <p> Here is the voucher. The book cover will use the same typo.</p> <p>  </p> <p> <a href="http://i.imgur.com/kJ7pq.jpg" target="_blank"><img alt="" src="http://imgur.com/kJ7pq.jpg"></a></p>
Wednesday, July 04, 2012

<p> A big thanks to the First day KissKissbankers! I am so happy about the positive response to this project. So here some news: Editing is in progress and the fantastic editor found the lost chapter Nr. 13 and sees every mistake! I made a promise to myself to be anal when it comes to keeping track of my sources in the future because it takes a lot of time to search for publication dates and page numbers....</p> <p> New facts are still coming in at this stage. Thanks to Guy Mathieu from the Commune de Mondercange, we found out that Weyer's parents, aka Decker, run a pub (café) in a house, which still is a pub today: Monnerecher Stuff. I guess I will have a beer there soon.</p> <p> Below is a copy of one of the many letters, Weyer sent to Houdini. They are archived in the Houdini collection in Austin, Texas. At this time, Weyer was billed as American magician.</p> <p>  </p> <p> <a href="http://i48.tinypic.com/23m0t3s.jpg" target="_blank"><img alt="tinypic photo" src="http://i48.tinypic.com/23m0t3s.jpg"></a>   More news soon, Véronique</p>