Help us to make a real film in 48 hours only, to make the best use of each second for the best result to watch! 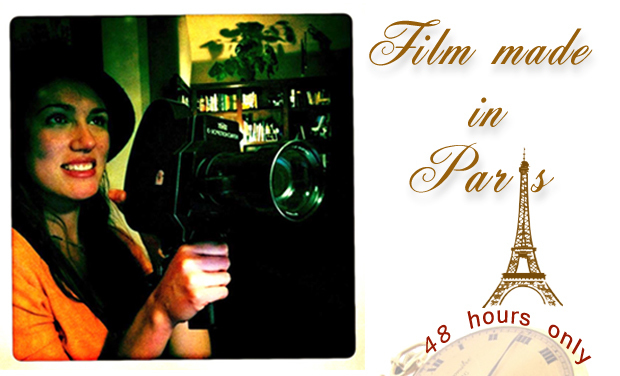 The "48H FILM PROJECT" is a short film competition held each year in different cities around the world. The best film made ​​in Paris will make it to the grand final in the United States, and maybe have the unique opportunity to be shown at Cannes Film Festival, which of course is the perfect dream for people like my artistic partner on this project and myself who are both passionate about films.

The competition is about  adapting to some compulsory elements given at the start of it. Teams are assigned a character, a prop, a line of dialogue, and a genre. The goal is to make the best possible film in 48 hours. Writing, filming, editing, scoring: everything must be done within these hours.

The competition having a worldwide scope, we want to give the best representation of our city of Paris, guided by the love of cinema, and the desire to provide the audience with emotions. We love  challenges, and this one is totally for us. The "48h project" provides an opportunity to create a film that will be shown on big screen in Paris, and maybe travel the world and meet other audiences if it's good enough to make it to the next level.

Take part in this adventure, become this experience's superheros,  by helping us with your contribution and thus allowing us to be fully ready and super efficient during the challenge. When the time will come, every second will be a gift enabling the project to exist!

Making a film always has its cost, even when the whole team works for free. This is how the collected money will be used:

-  Reimbursement of expenses made by actors and technicians for the film :  200 euros